Starting from the broad theme of water, this project explores the consequences of marine oil spills as natural disasters and their media portrayal. Its main focus lies in the contrast between a speculative empathy towards all forms of life affected by these events and the objective, cold, numbers heavy ways in which humans talk about them.

The visual language uses semi-controlled glitches created with a scanner as abstract representations of the internal body decay of the affected fauna. At the same time, a poetry trained neural network offers possible interpretations of the incomprehensibly large numbers associated with oil spills: “700,000 gallons of oil is smaller than the sink in the barn. I don’t know what to do.” / “8 billion dollars stands for the 6th century.” / “82,000 birds means the size of a picnic, and the sea of a single place in the box of a bird.”

As a way of signaling how far removed we are from the numbers and the events themselves, the computer generated explanations are presented a few steps removed from their original form: text becomes image, which becomes its ASCII representation, which flows into shapes on the poster.

This series was created as part of Yale’s Advanced Graphic Design studio. It uses an open-source neural network trained by Ross Goodwin. 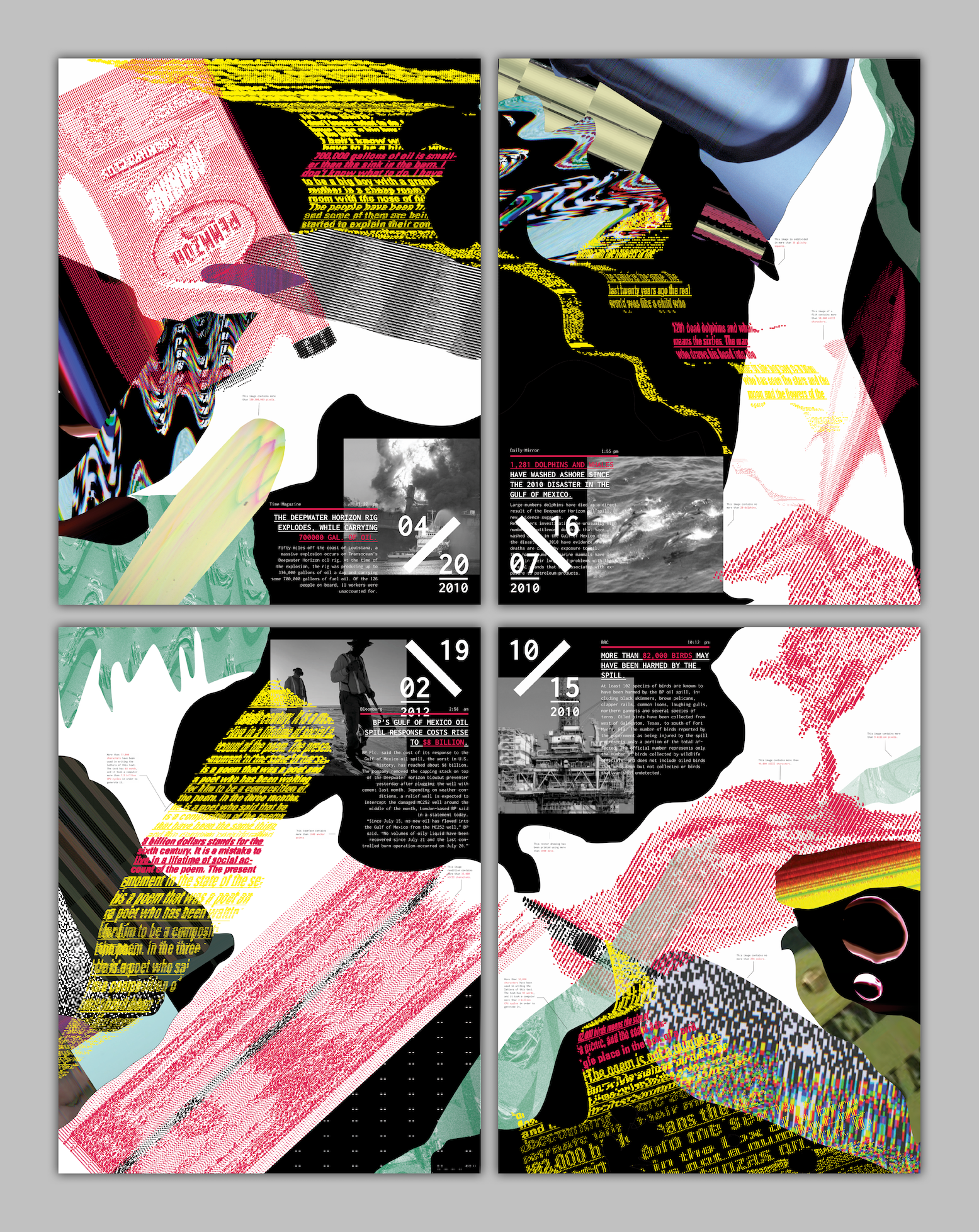 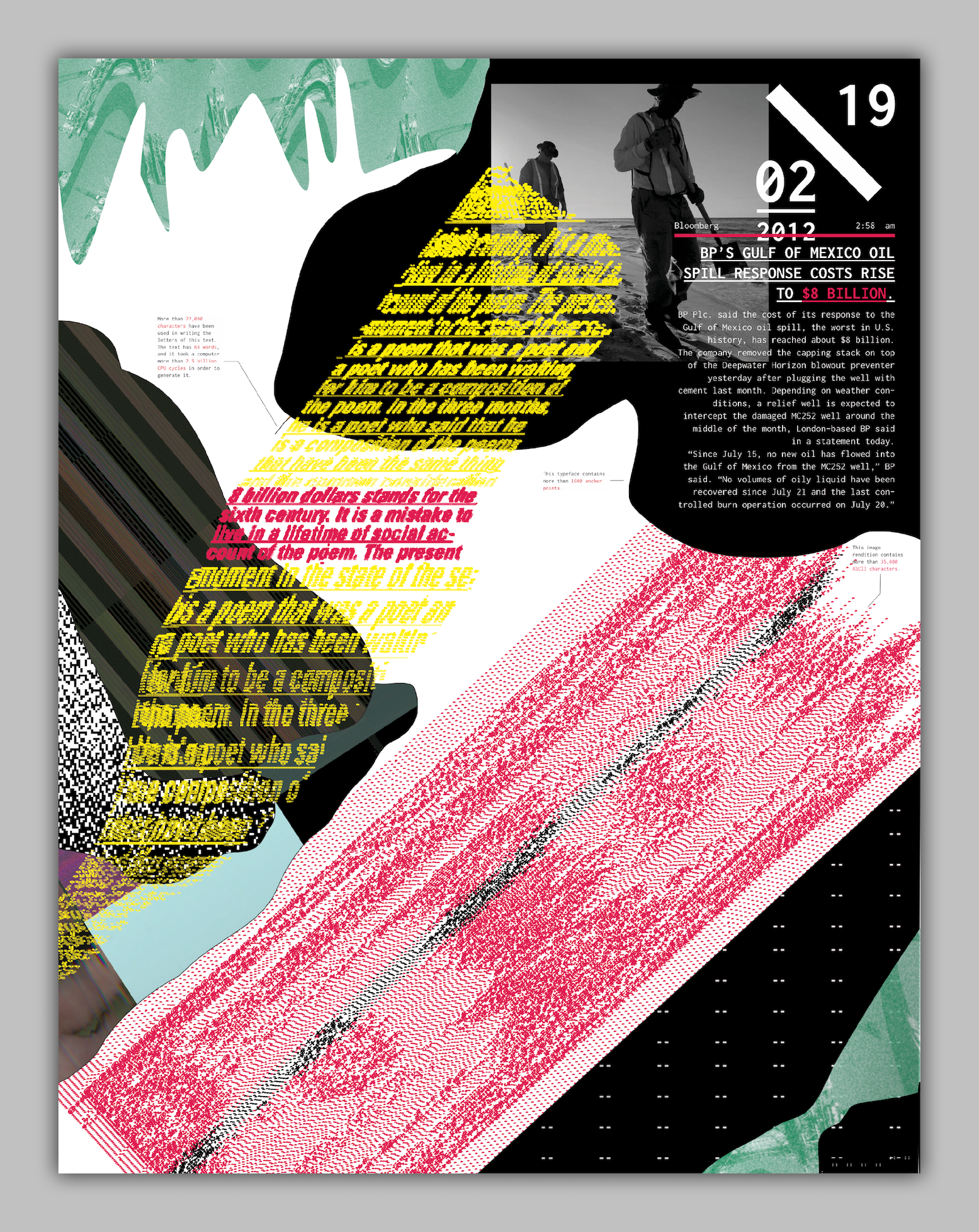 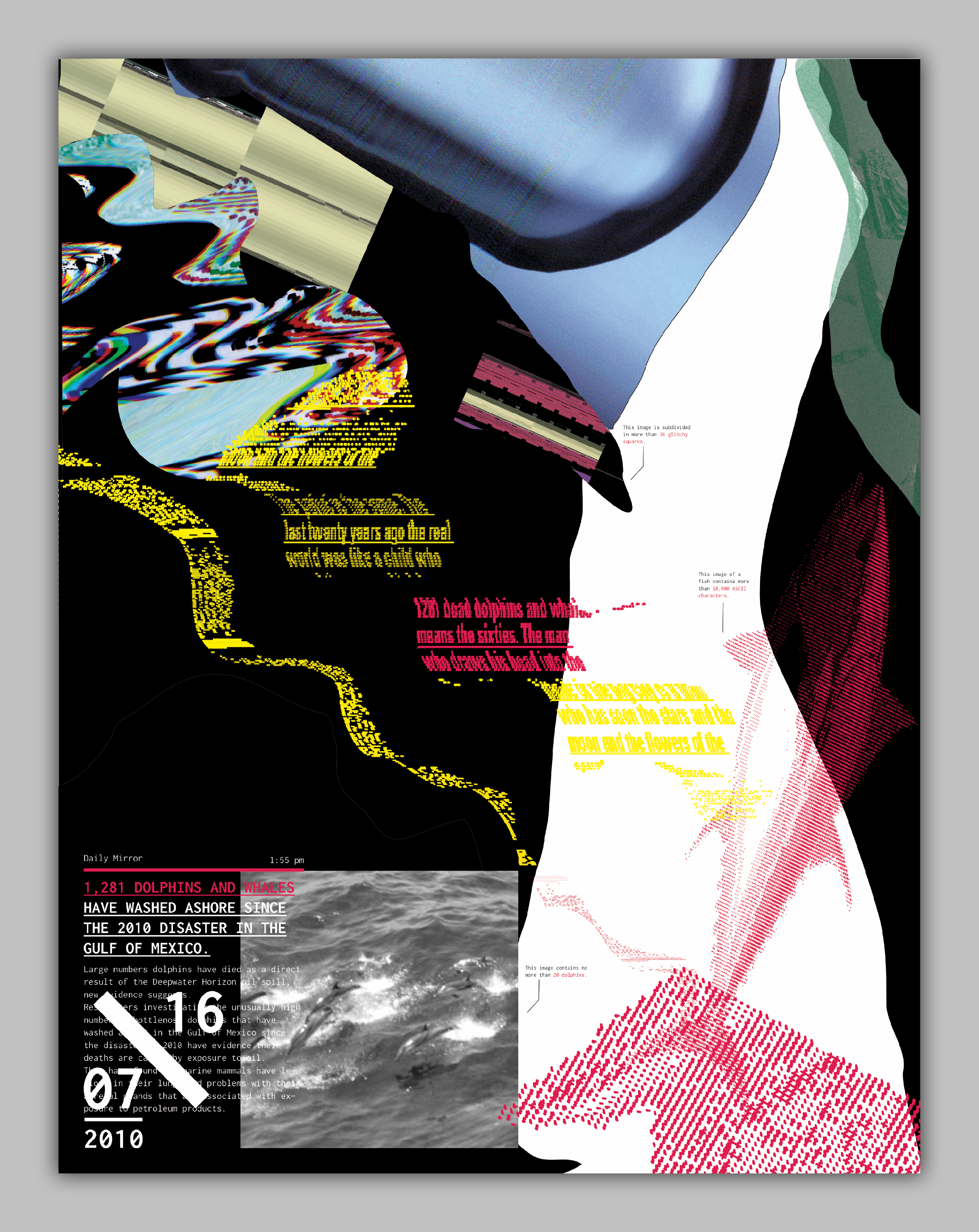 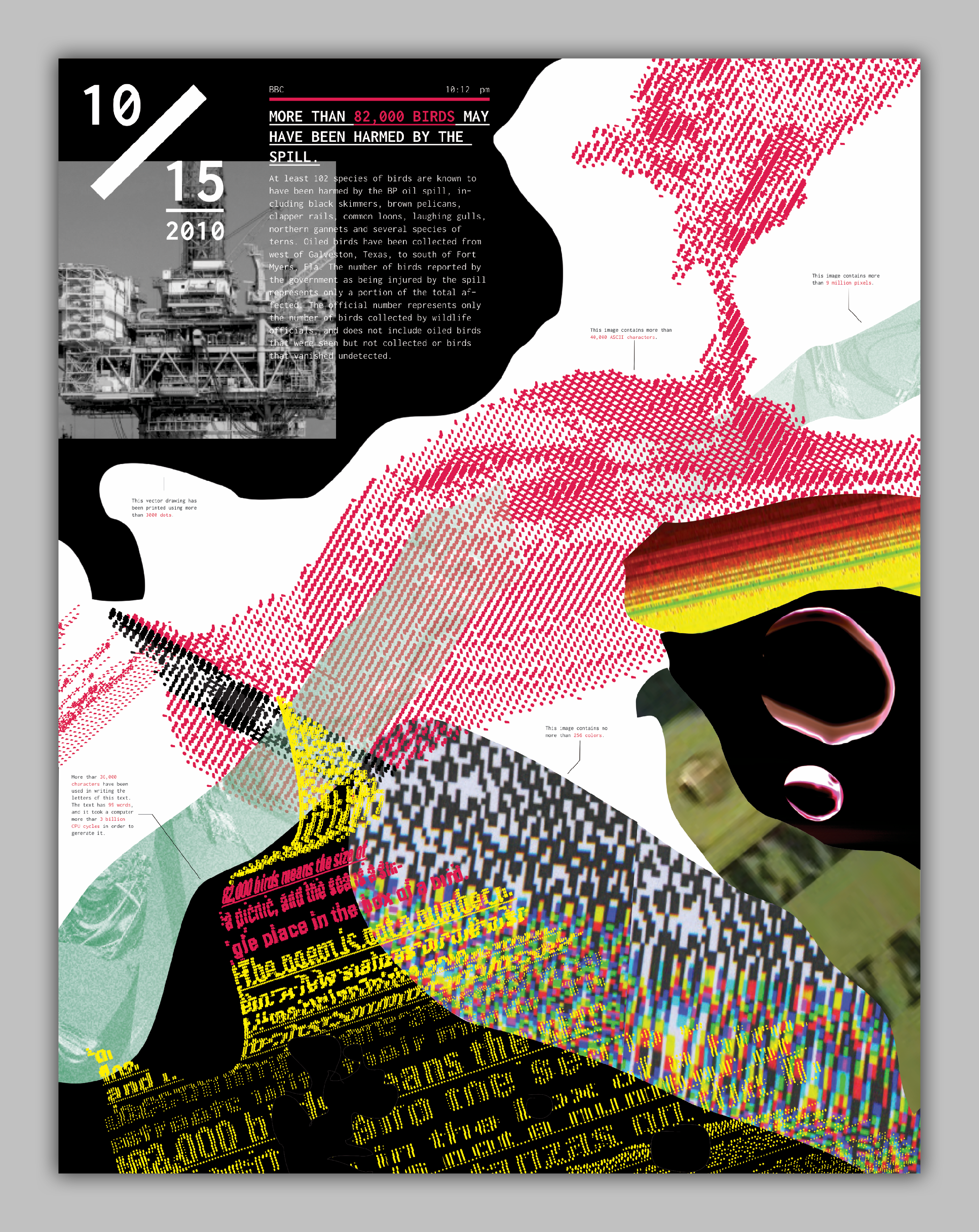 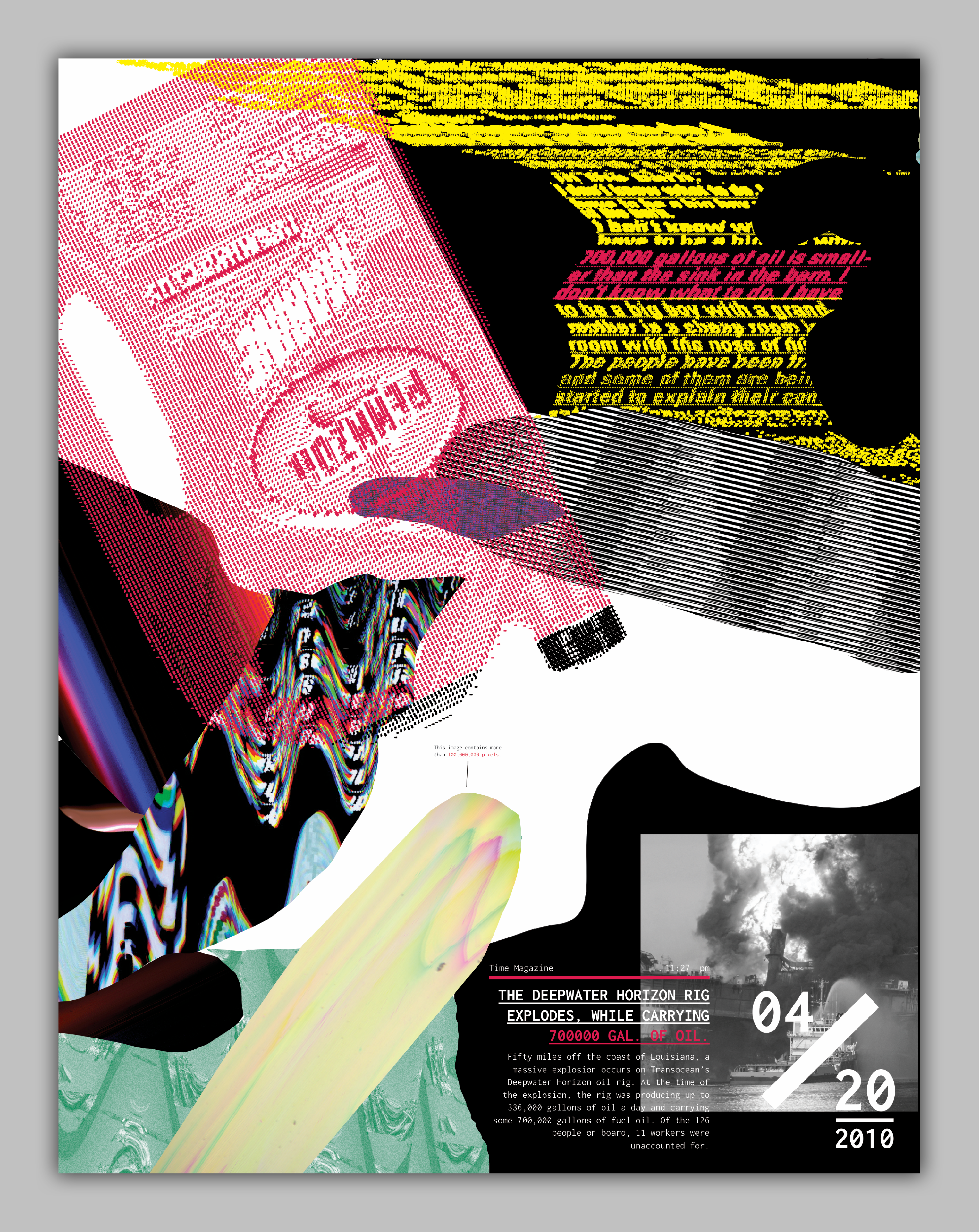