Shadow Network Demo – Using the software with one performer. 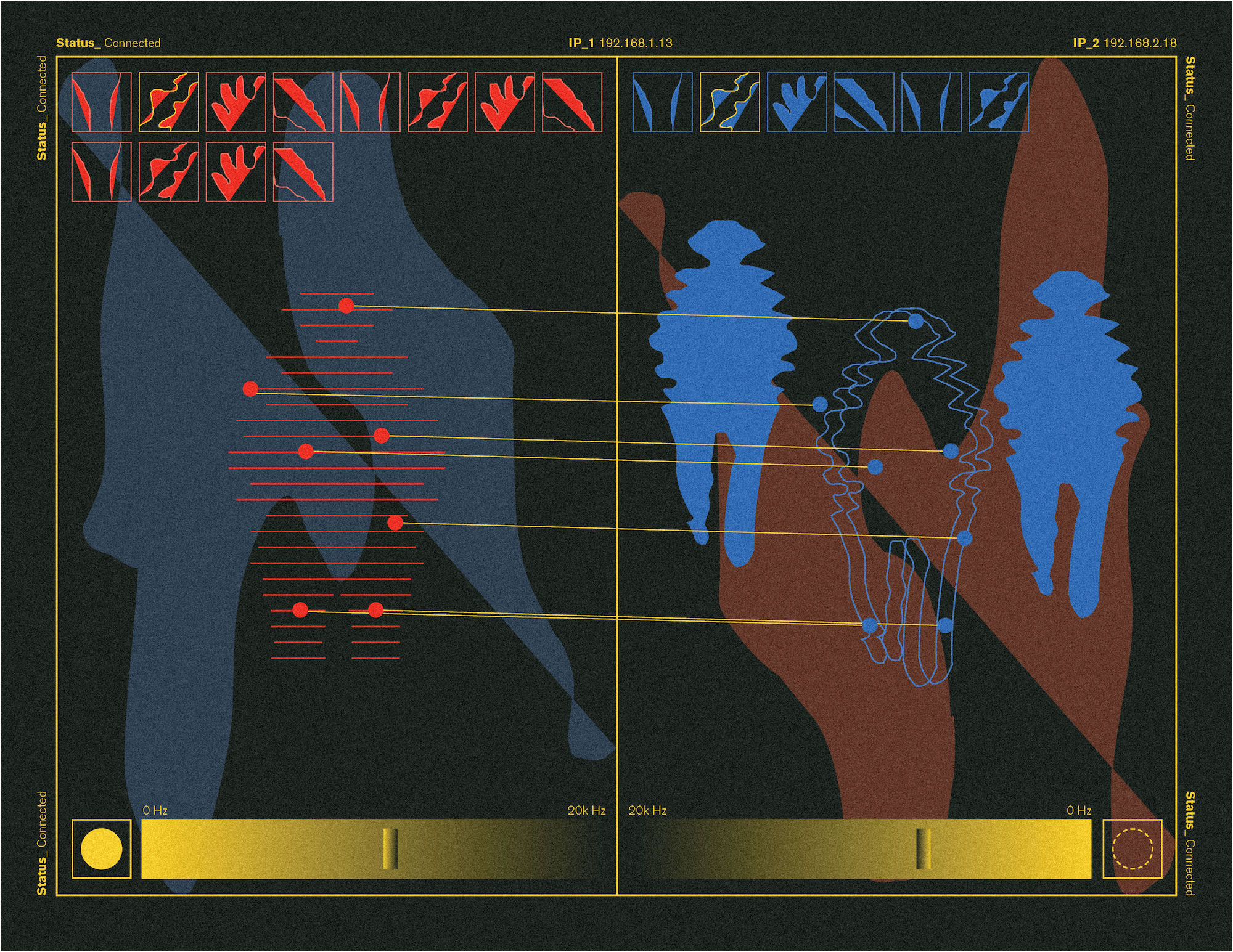 Visual mock-up for the software interface. 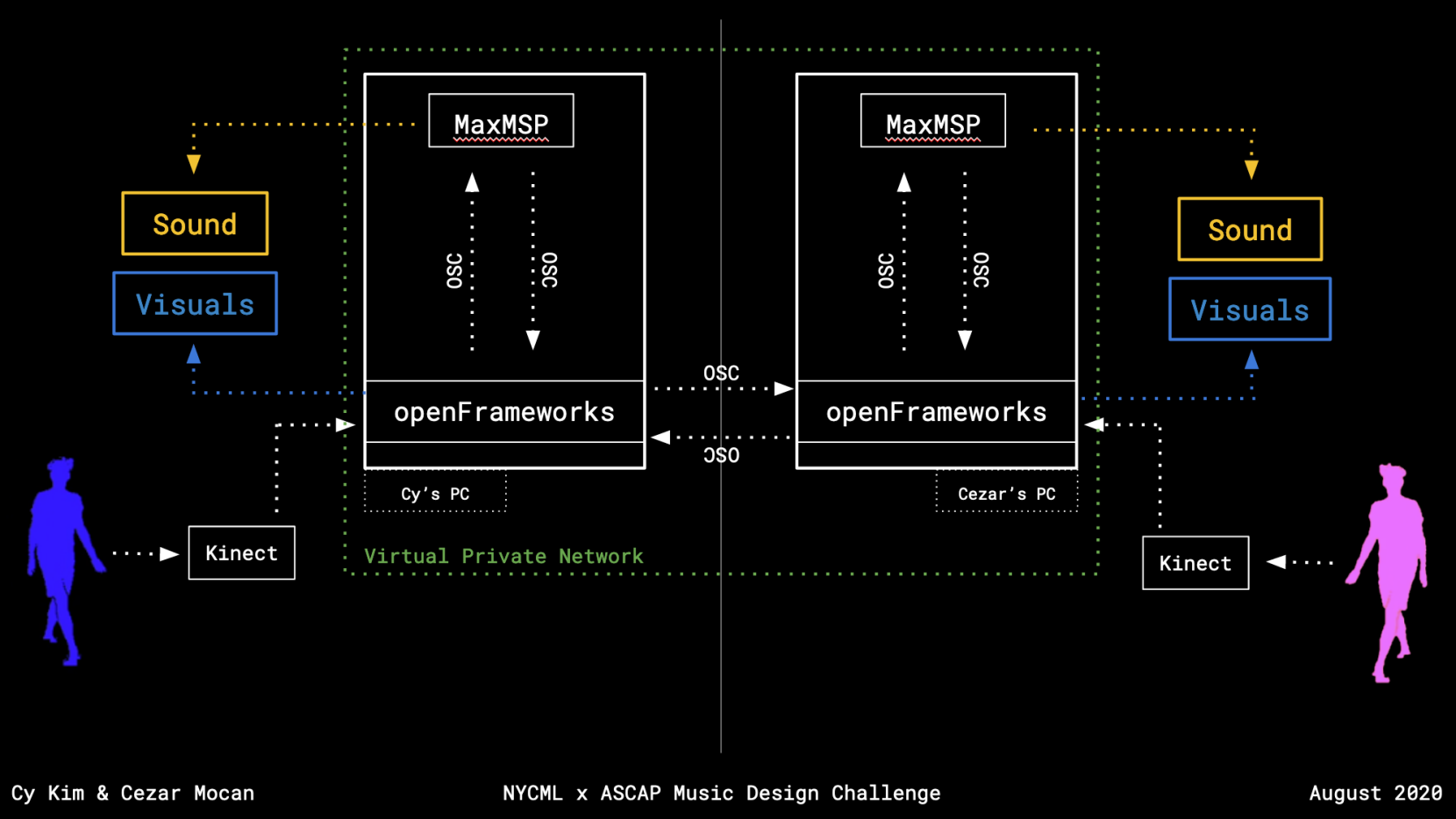 Technical diagram of the networked system.

Shadow Network is a networked audio-visual software for two performers. Stuck between the impossibility of physical contact and the exhausting transparency of video conferences during the extended period of global disarray which 2020 has proved to be, we began imagining an alternative which could allow us to communicate presence and its nuances, rather than information.

Each person is represented visually by a single-color silhouette, and sonically by a musical instrument. The space’s soundscape is generative, and can be controlled through the individual and collaborative movements of the two participants. Various changes to the composition algorithm and sound effects are applied based on factors such as stillness, movement, distance or touch between the two bodies. At the same time, the system presents the two participants with snippets of their past movements, played on short loops – short encounters with the memory of the shared digital space.

Developed in collaboration with Cy Kim, through a grant from the New York City Media Lab and ASCAP.