I ended up starting this week’s assignment by re-doing my 3D scan, since the one I had done with a Kinect v2 last week turned out quite poor – decent mesh, but horrible textures. Bellus3D turned out much better, the texture resolution is high and the mesh has a lot of detail. There are still a few glitches – the texture on the nose looks stretched, there is no gap behind the ears, and most visibly the texture on the top & back of the head is inferred, rather than captured (the app only scans the front & side of your head, not the back.)

Doing a 3D scan proved to be a lot of fun, my partner and I scanned each other a few times (and also considered scanning Lentil the cat, but quickly gave up on that :) ). However the results did not turn out great, mostly due to my being stubborn in deciding to use a Microsoft Kinect 2 (the XBox One version) I own, instead of a structure sensor from the ER.

I continued working with my Daz character, and took last week’s investigations around repetition, body parts, textures and close-ups one step further. At the same time, I’ve wanted to make a digital character cry for some months now, so I spent a good amount of time figuring out how to apply tears on the avatar’s skin. I had this very specific animated & over the top tear in mind from a Mika Rottenberg piece, but I can’t find it anymore… I think the tears I ended up making are somewhat close to what I was going for, 70% realistic and 30% obviously over the top, but they could use a lot of work. The whole video is going all in and beyond on the d33p sadness of the track I chose & of the character. I ended up shooting individual scenes in the Sequencer, and editing them together (with sound as well) in Premiere.

For this week’s assignment, I continued working with the Daz avatar I had created during the first week. I ended up practicing the workflow I discovered last week around mapping a Mixamo animation onto a Daz character’s skeleton, by bringing in 3 more animations for my character into Unreal.

For this week’s assignment, I revisited my understanding of skeletal meshes and working with them in Unreal Engine, through Matt’s tutorials. I became familiar with this type of mesh last semester, through work I did for Synthetic Architectures and for my Live Image Processing & Performance final project.

I chose to build my two avatars in Second Life and Daz Studio. I had created digital versions of myself in Sims and Memoji over the summer, both of them being quite pleasant experiences. I can’t say the same about the two I made this week, even though it got me thinking about representation and about the peculiarities of my face.

Bill of materials can be found here. You can also download the Eagle Schematic and the Eagle Board, as well as PDF versions of the two.

For the second Critical Communications assignment, I used Radio Reference in order to search for FCC radio licenses in a few different areas and industries. Here are some of my findings.

Upon doing a round of research for communication protocols in the wild, as well as a few personal interests (FM radio, which I had done a project with last semester, telnet which is so old but still around or the Spanning Tree Protocol, an early network routing protocol developed by a woman pioneer of computer science, Radia Perlman) I ended choosing FTP, the File Transfer Protocol. I chose it mostly for nostalgic reasons. When I started using the internet in the early 2000s, I used to encounter sites served over ftp:// relatively often. Their visibility (and numbers) have been diminishing since, to the point where it took me about a reasonable amount of research in order to simply find one today. As the internet evolves, FTP will likely remain relevant for historical purposes, but its practical uses will be completely obsolete.

In my previous post I proposed two possible directions for the final project. One involved an interactive video frame on a 7” screen, and the other one was a virtual road trip using Google Street View imagery on a smaller, 2.8” screen. I chose the second direction due to lack of access to video equipment and delays in shipping electronic components during this period.

My first performance was centered around the idea of politics as entertainment, It involves clips of the New Hampshire Democratic Debate, especially moments when the candidates breathe or make sounds with their bodies. This is a screen recording of the performance.

For the Marquee Sign assignment, our class picked the phrase I dislike pigeon, and I was tasked with designing and building the PCB for the letter s. Here are the files: BRD, SCH and PDF.

This week’s assignment was a continuation of the previous one—building up our video playback system. I experimented mostly with feedback, plane mapping and built a drunk xfade slider. Here are some of the results. 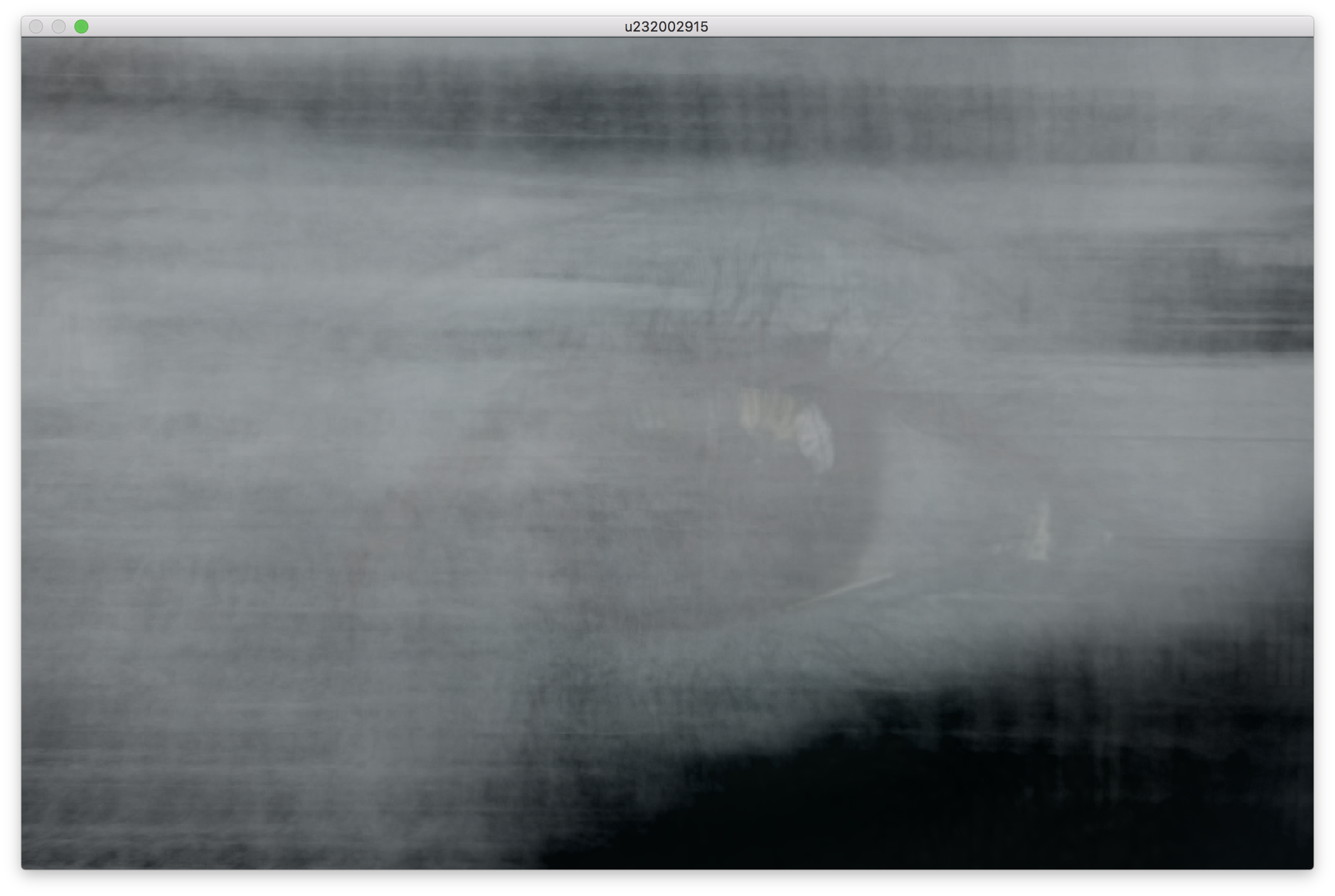 My first part of the assignment involved finishing the ATTiny85 programming jig, since I hadn’t got too far in class—only one pin was soldered. While the process felt somewhat tedious, it went smoothly. I checked for shorts between any two pins using a potentiometer and found none. I followed the programming tutorial on the class website in order to burn the ATTiny’s bootloader and upload my own sketch. Surprisingly, everything worked from the first attempt. I ended up adding an LED to the jig and connecting it to the ATTiny’s digital pin 3, as a way of improving the jig’s functionality to testing, in addition to programming.

This week’s assignment was an exploratory one—beginning to build our own video playback system. I ended up experimenting quite a lot with some of the techniques we’ve covered in class so far, namely pixelation, plane mapping (with delays), slit scans using jit.rota, blending multiple videos together using matrix operations (jit.op) as well as blending frames together using jit.slide. Here are some of the results. 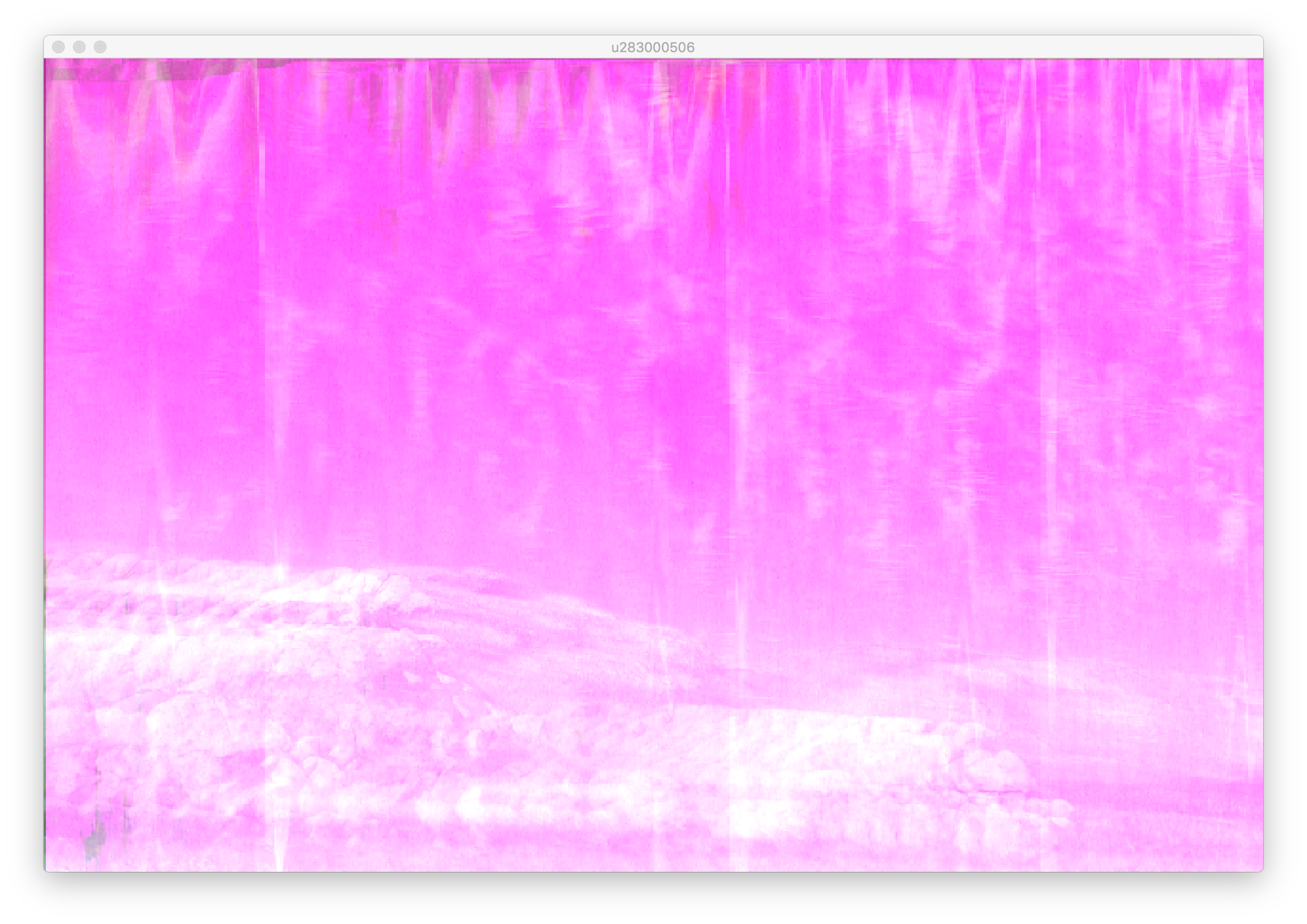 After taking footage at arbitrary locations through the city and in my apartment over the past week, I realized I’ve been shooting things similar to what I am always attracted to. With a few exceptions, all the videos seem fit into one of these broad categories: linear motion (e.g. pointing the camera out the window of a train or car), water, circular motion (e.g. a record player) and landscape.

The sixth and last fabrication assignment focuses on motors. I came back to my series of absurd and user unfriendly objects and made a clock that only shows the passing of time, without giving you the exact hour.

The fifth fabrication assignment focuses on materials and fasteners. This time, I diverged from my series of absurd and user unfriendly objects and made a mold of my hand using resin, watercolor and a handful of USB heads. I had been excited about experimenting with resin for a while, and this seemed like the perfect opportunity.

Fab #4: Music Box for One Song

The fourth fabrication assignment focuses on enclosures. I continued my series of absurd and user unfriendly objects and made a digital music box that plays a single song. I got really excited about the idea of building a minimalist enclosure out of a single piece of wood, somewhat similar to this box made by GRADO.

The third fabrication assignment focuses on measuring tools and using the laser cutter. I continued my series of absurd and user unfriendly objects and made a pencil holder that holds exactly one pencil.

The second fabrication assignment is centered around streamlining our fabrication process, and building 5 or more of the same object as a result. I decided to maintain my focus on absurd and user unfriendly interfaces and made an awkwardly big, cube-shaped, wooden USB flash drive.

1—I have been fascinated with clocks and their sound since childhood, and have been thinking of building my own for a while. This direction involves creating a sound installation out of multiple clocks (between 9 and 20 of them, arranged in a grid.) I am interested in creating polyrhythms out of their mechanical movement, while also giving the viewer the illusion of control over how fast / slow time is passing in different clocks. All clocks would tick at the exact minute, but for the 60 seconds in between minutes the rhythm of each clock is adjustable.

For the physical computing midterm project I worked in collaboration with Keunjung Bae. The assignment was Halloween themed, so we decided to build a device that allows one to search for the spirits stuck between worlds. Inspired by technology used by the ghost hunting communities (namely ghost boxes,) we came up with our own interface for finding ghosts.

Posted under: Intro to Fabrication; ITP;

The first weekly assignment for Intro to Fabrication involves building a flashlight.

The Mirror Room is an installation built in collaboration with Rachel and Shuyi in response to The Nether—a sci-fi play talking about avatars, emotional attachment and pedophillia (yes, it’s complicated…).

This week’s physical computing labs involved working with analog input and output for the Arduino, as well as soldering. Since we’re having a review week, I chose to focus on two things: 1) Improving the LED sequencer I built for the previous lab; and 2) Getting outside of the breadboard and working with resin, a material I’ve wanted to experiment with for some time.

A piece of public technology I get to observe and interact with daily is the crosswalk button at the intersection of Bushwick Ave. and Kosciuszko street. While Bushwick is known for being one of the latest additions to the gentrification train, we can rest assured that at least in terms of infrastructure, everything is older than most inhabitants of the neighborhood 🙃.

For the first CL: Video & Sound assignment, Russell and I worked on a sound walk of 370 Jay Street, focused on creating a narrative arc for the evolution of the building’s usage from the 1950s until today. 370 Jay St. was erected as a headquarters for New York’s Transit Authority (the MTA) in the 1950s, and served that function for more than 40 years. Throughout the 1990s, the MTA slowly moved into a new Manhattan headquarters, leaving the 370 Jay building partially empty and unproperly maintained. Once regarded as a landmark of modernism in Brooklyn, the building fell into decay until 2012, when New York University acquired it, expanding its Brooklyn campus.

For our first physical computing lab, we were tasked with understanding and experimenting with basic circuit components, working on a solderless breadboard. This involved learning how to use a multimeter—for checking continuity or measuring resistance, voltage, and amperage—as well as creating a few basic circuits, involving a power supply, resistors and LEDs.

Dollar Van is an audio sojourn that details the history of the MTA at 370 Jay Street in Brooklyn and the Interactive Telecommunications Program at the Tisch School of Arts at NYU. It provides a thematic insight into the shared values of both organizations from founding until the present day. This soundwalk was created by Cezar Mocan and Russell Ladson - graduate students at the Tisch School of the Arts.

Passing Stranger is an hour and a half long audio tour of the East Village, framed through the life stories and work of artists who have emerged and lived in the neighborhood during the second half of the 20th century. Curated by the Danish poet Pejk Malinovski and narrated by filmmaker Jim Jarmusch, the sound walk truly acts as a time portal to a less gentrified and more politically radical East Village, home to characters such as Allen Ginsberg, Patti Smith or The Velvet Underground. Having previously spent some time in the neighborhood, but never enough to know it intimately, the tour was a perfect opportunity to strenghten my friendship with the village’s streets and landmarks.